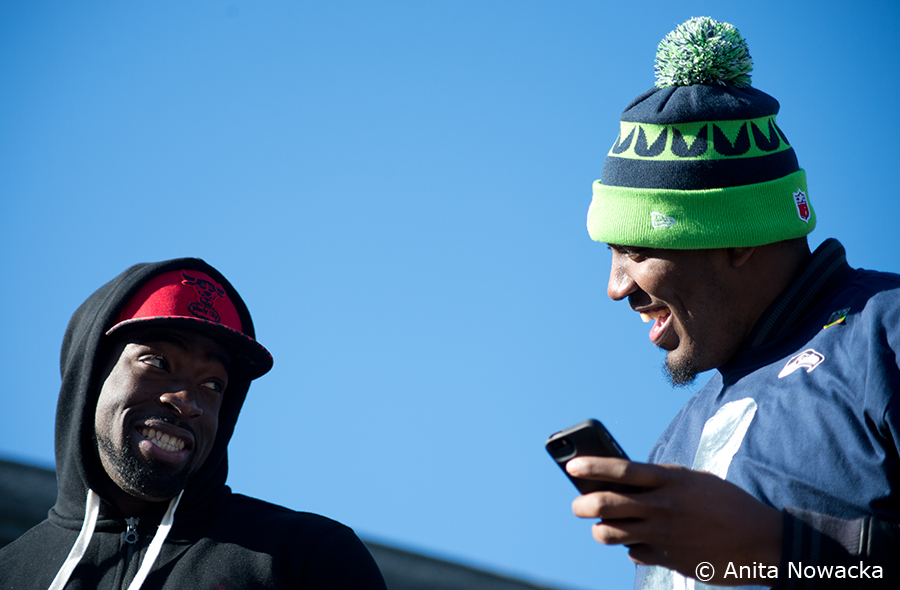 I am a Seattle family photographer, however as a Seattleite I want to honor (with a blog post) this incredible event that means so much for Seattle and Seahawks fans. Yesterday’s  Seattle Seahawks victory parade drew close to 1 million! Hundreds of thousands of Seahawks fans gathered for cheering, chanting and festivities during a parade and ceremony to celebrate the first Super Bowl victory in the history of the franchise! The parade route was not stifled by temperatures in the 30s. While all cheered,  Marshawn Lynch threw packs of Skittles into the crowd, Richard Sherman showed off the Lombardi Trophy and Pete Carroll led the crowd in a loud “Sea- HAWKS ” chant. The energy of the crowd was insane or in the Beast Mode and I loved that I was part of it until the cold got to me and I could photograph no more… Here, my images from yesterday. I focused mostly on the players shortly after the parade started. Three photos from here were picked up by King 5 TV: 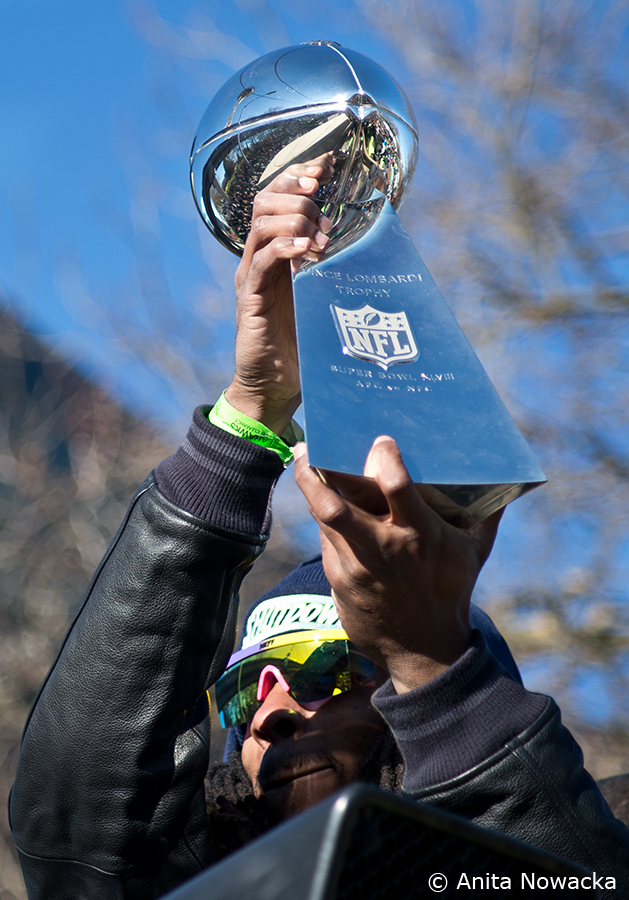 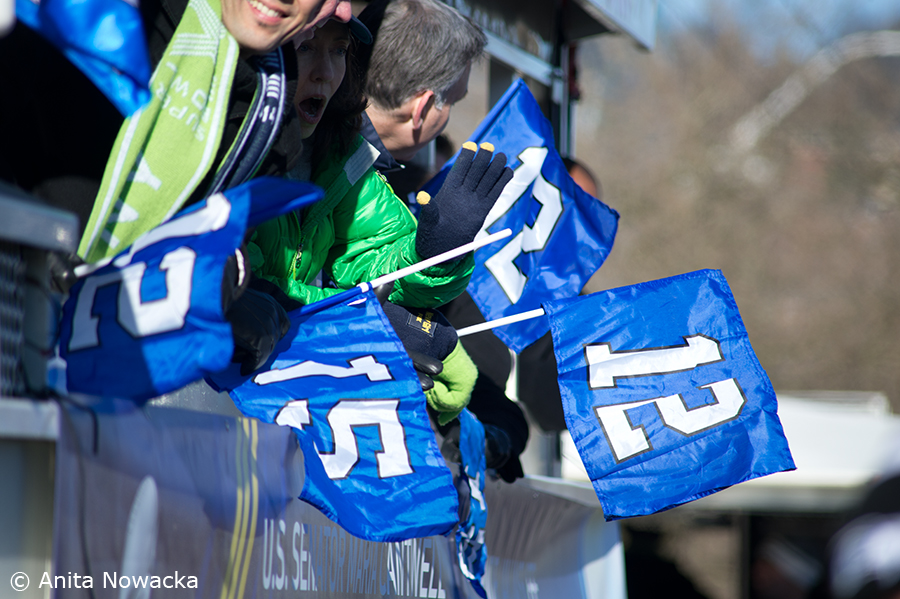 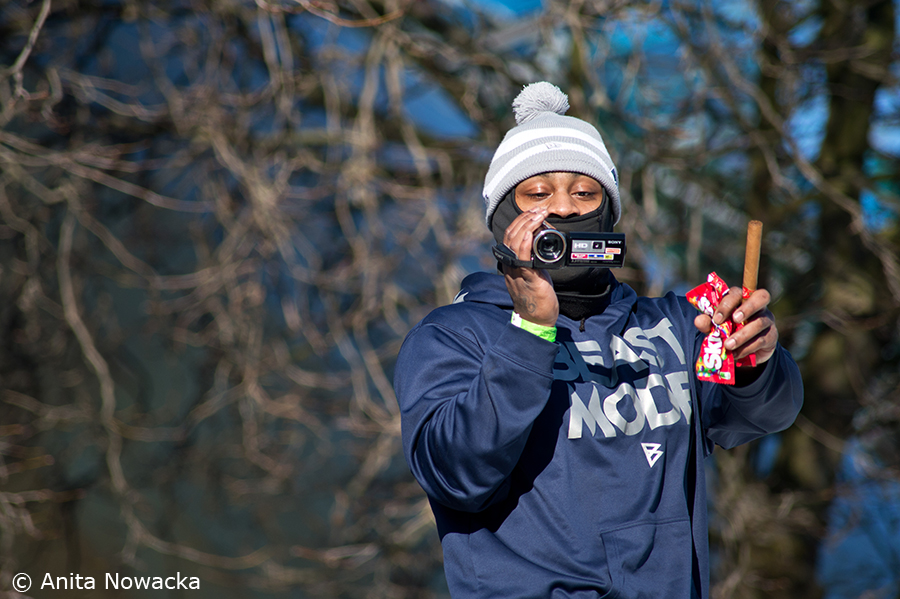 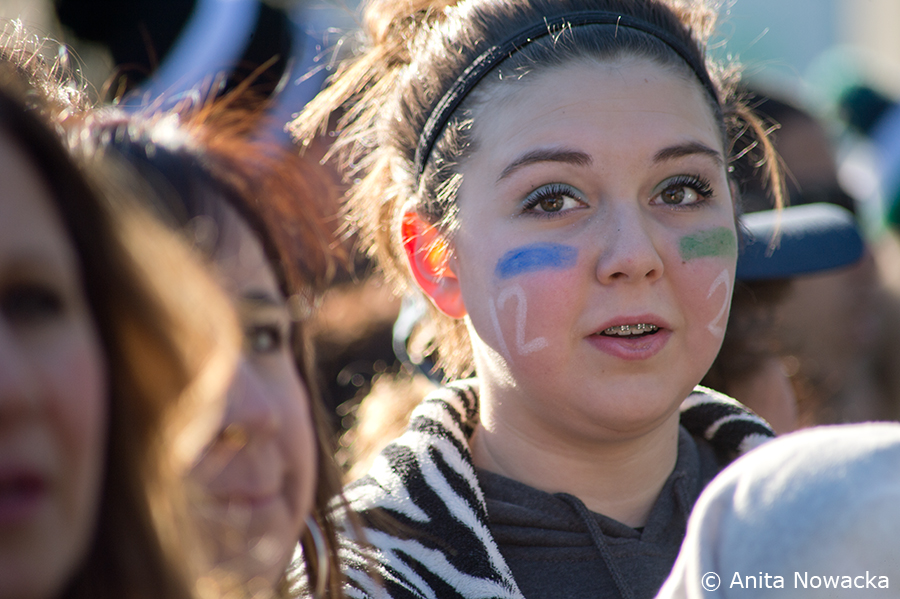 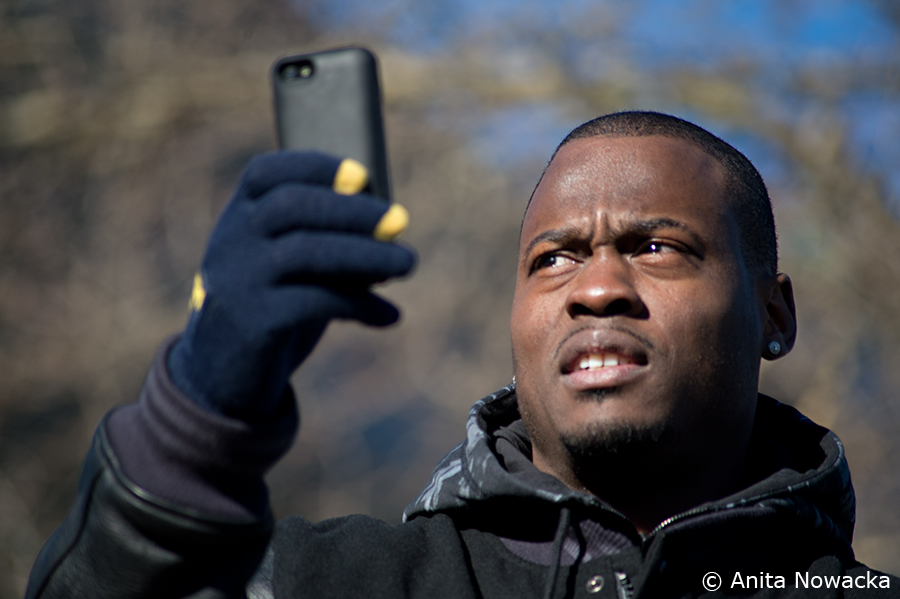 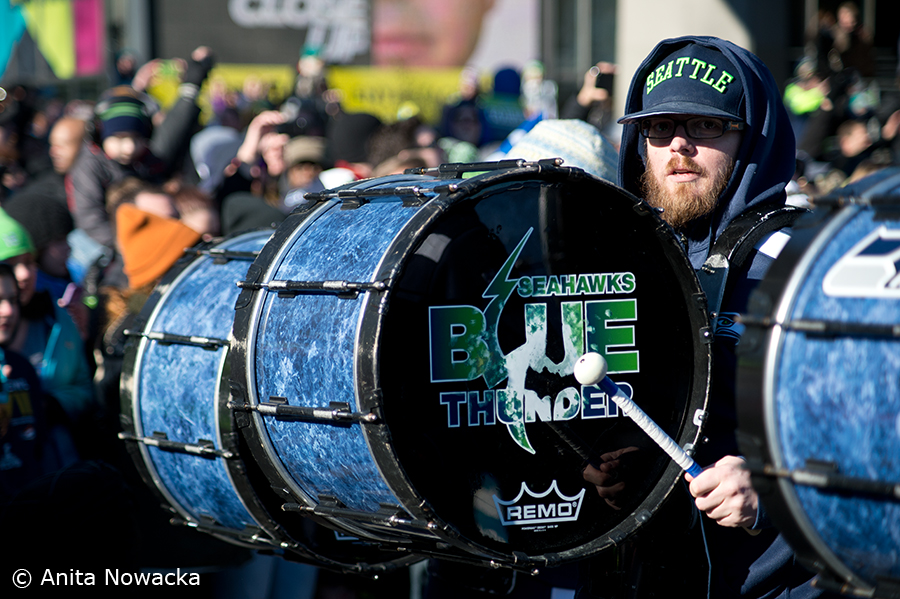 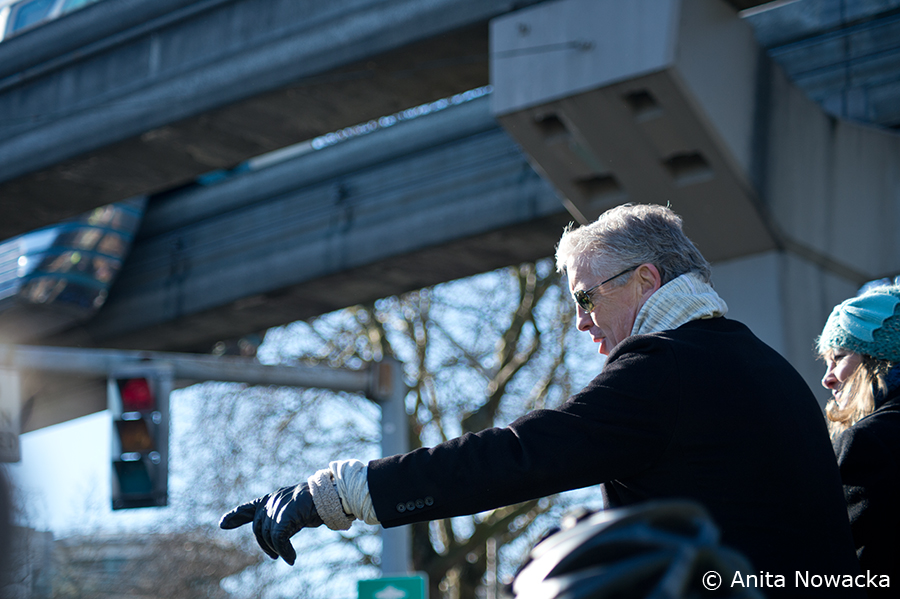 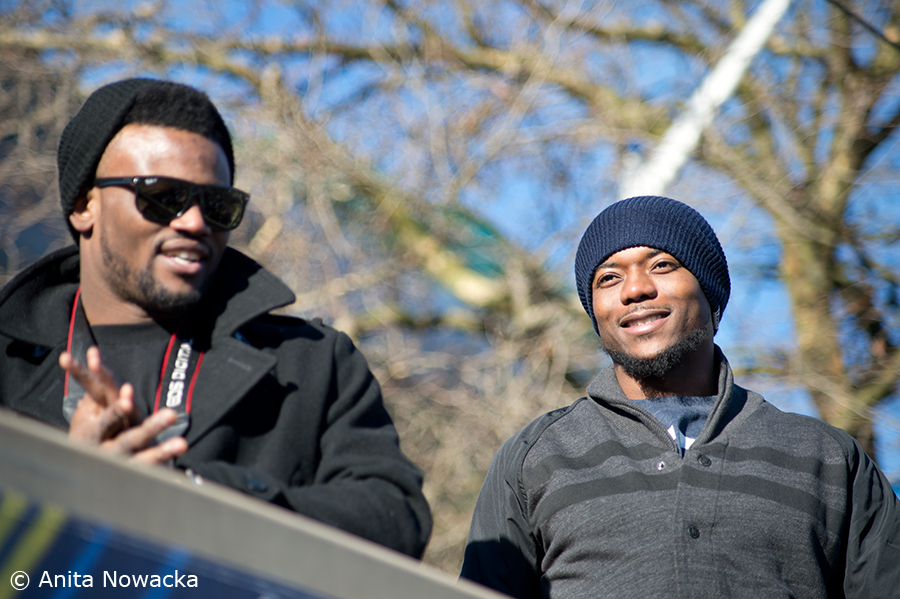 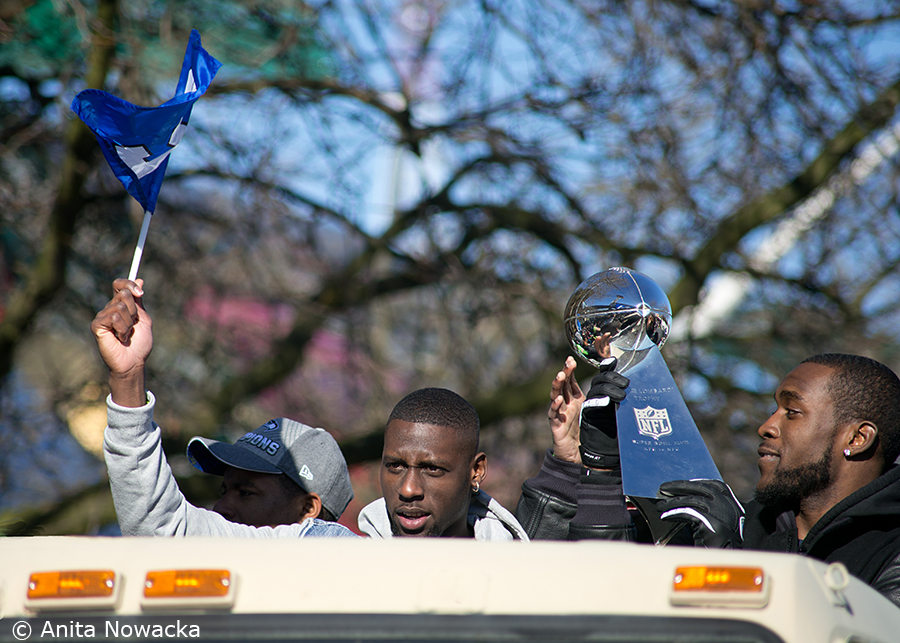 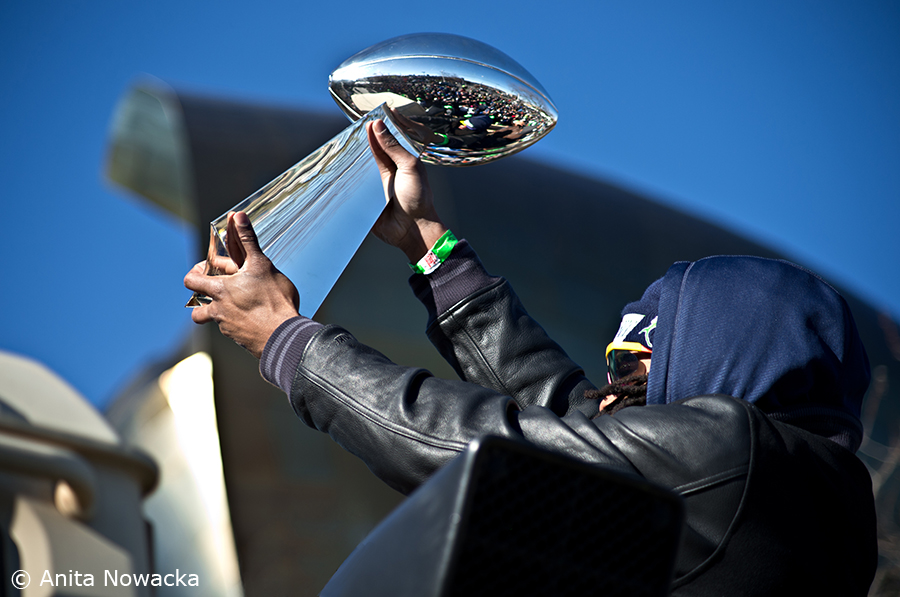 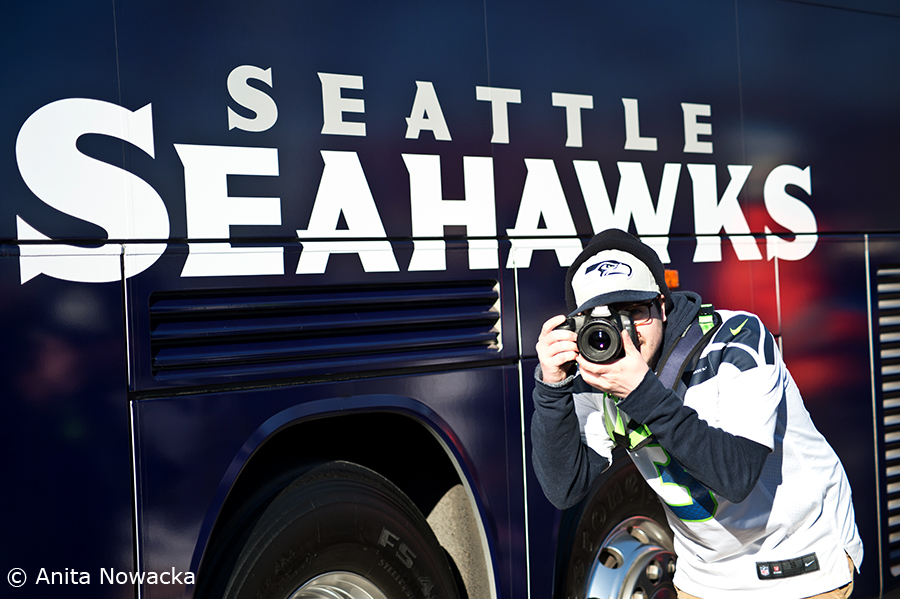